while i think of it, smallritual.org was ten years old this month.

i wore the timberland shoes mentioned in cycle of fashion for about a week, and suddenly the sole fell off one of them. i took a step and the rubber tread of the shoe was left behind on the carpet. this was in a client's office at canary wharf, so i hastily stuffed the detached part in my bag hoping no-one had noticed and limped back to my own office. fortunately i had a pair of trainers under my desk.

on inspection the other shoe was beginning to split too. probably the glue between leather sole [the sewn part] and rubber tread had dried out during the years in storage, and flexing the shoe in wear had caused it to delaminate.

today i took the shoes into the timberland store in regent street. i was after advice for a repair, but they offered me free replacement - which is pretty good 15 years after purchase. i was sad to give up the old pair after so many years in the wardrobe, but a shoe is for wearing.

in light of the current events at st pauls cathedral, beyond's 'unsafe space' event at greenbelt this year looks highly topical. especially these billboards of quotes from jesus: 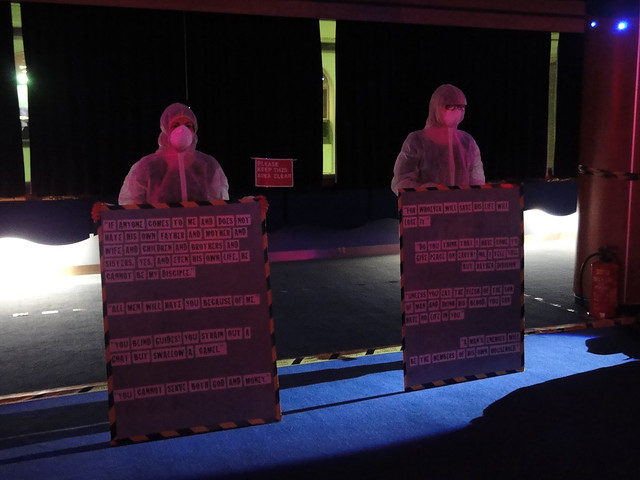 Especially - 'you cannot serve both God and money'

since posting that flying lotus clip my vimeo viewing stats have gone ballistic - over 1000 views in three days and counting. the maker of the visuals contacted me for a credit which i am only too happy to give - check out his stuff on vimeo, and the antiVJ site.

flying lotus last night at the roundhouse with mike and dean. nice generative visuals - is HD so do full screen for best effect. obviously enormous bass is lacking.

a collection of belgian beers beforehand in belgo across the road: 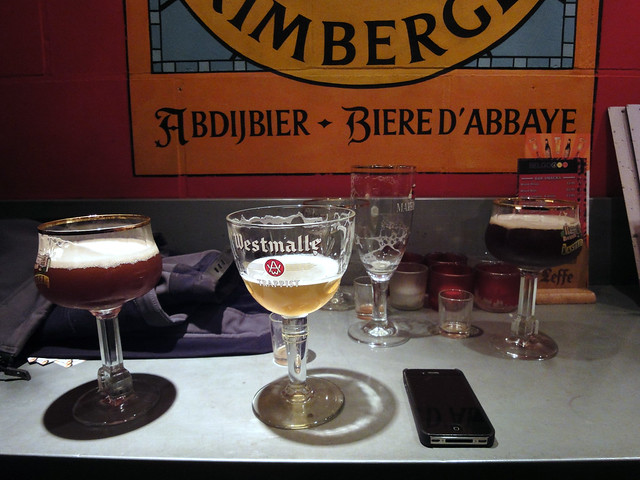 the bartender kept pouring them too fast from the bottle so they frothed up and overflowed, so we were losing a certain percentage. note the shot glasses - that's how he gave us what was left in the bottle after he couldn't get it into the glass.

That's crap about the pours. Should have made a stink about it. But I guess you are English after all.

we had pity on him. he knew he was getting it wrong.