the november 1995 BBC documentary about the collapse of the nine o'clock service is now on youtube here.

aside from the painful story of barely hidden abuse and failure of oversight, it offers valuable glimpses of the services and music. considering the enormous impact it had at the time, the environments don't look so radical now - old skool alt worship - a reminder of how far we've come technically. what took a team of 50 twenty years ago can now be bettered by one laptop. there's a glimpse of someone working an actual loop of film, when it was a physical loop not just a software repeat.

conceptually and liturgically however, the planetary mass of NoS's last years remains a challenging and moving work of art. it's a pity that the human cost was so high. i hope that all who were damaged found peace and healing, or will do.

i hope that the print of piss christ that was attacked in france will not be thrown away - just stabilised so that the damage becomes part of it, and exhibited/reproduced again. as an icon for holy week it can hardly be bettered. after all, christ was put to death by the offended religious.

and while i'm on the subject, here's a nice use of rail alphabet by bring back british rail. i'm tempted to join just to get my hands on the badge and stickers. i do kind of agree with their aims too. although maybe i don't care how the railways are run as long as they are obliged to look this good.

they keep getting flack for [deliberately] using the british rail logo in reverse. get a life people.

was at the royal festival hall tonight - poulenc's 'stabat mater' and beethoven's 9th. rebecca from grace was part of the choir and had arranged a good ticket in front stalls. 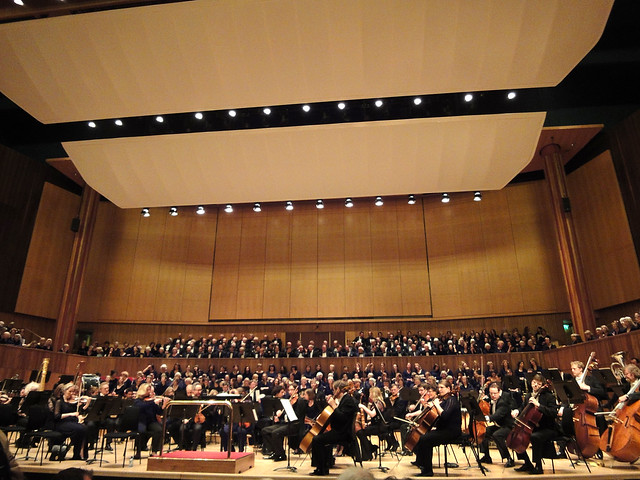 Steve's first comment after the concert was "Too much cake".

i did mean that in a good way. i think too much cake is a good thing.

a thought from seth godin that's pertinent to the church