i thought i'd see how my new camera performed in movie mode for alt worship, starting with visions' friday night 'transcendence' service. and it worked rather well, and i barely touched my DSLR all weekend except when the battery on the movie camera went flat. so there will be smallfire.org video sections when i have processed all the clips.

in the meantime, here are the transcendence clips [please excuse the weedy bass, attempts at beefing it up only caused distortion]. transcendence is visions' monthly service in the crypt of york minster. the transcendence site has rather superior movies of entire services - maybe i'll work my way up to that eventually.

in 1991 the 'independent' newspaper published some reports on emerging churches [not yet called that of course] in the UK. i kept 3, here they are on flickr. i remember there were more - maybe 6, i discarded the rest, probably because they weren't alt-worship enough.

lying on the grass, i liked what i saw as people walked past my head against the sky, so i took some pictures. the autofocus time delay randomised the results. this guy stopped to jokingly admonish me "you'll get home and find you've taken 30 photos of the sky!" i think he thought i was tripping. i didn't explain. 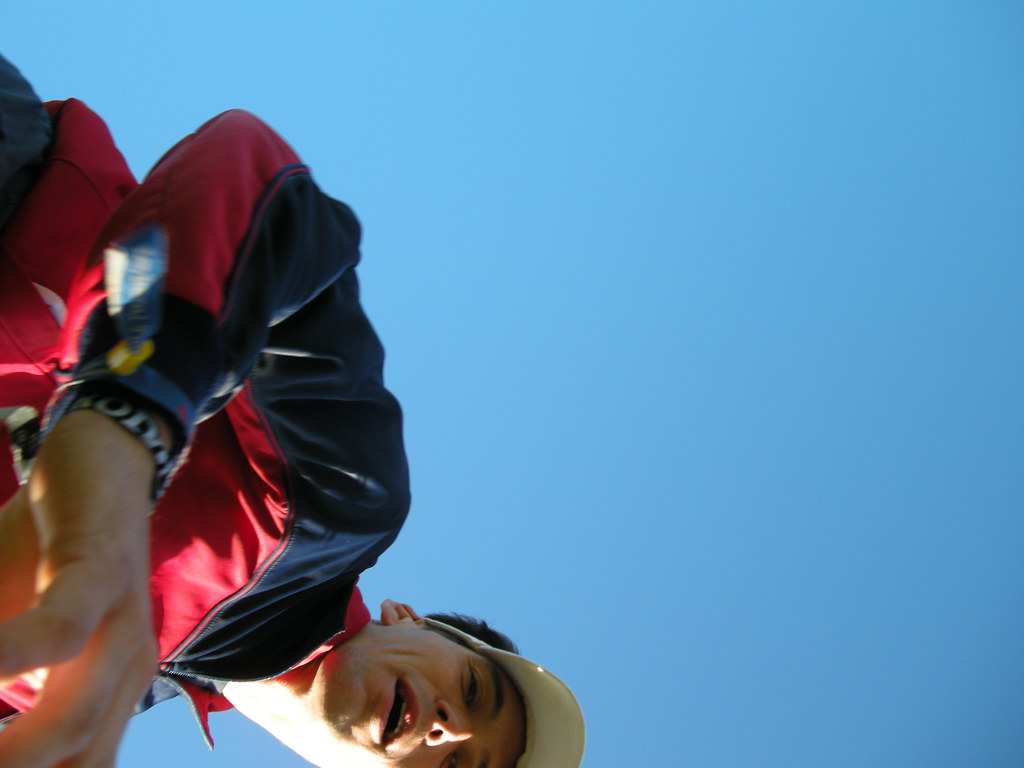 really nice space and texture in these shots, i especially like the ones with the super mario clouds.

fancy wellingtons are all the rage for female festival-goers - a damn good idea. here's a few pairs dancing to norman jay's set on sunday morning.

this picture was taken just before - shame the other two pairs didn't stick around and dance.

one of the highlights of this year's big chill was tom middleton's 'summer of love classics' set, commemorating 20 years since the 'second summer of love'. of course this went down a storm with the big chill core demographic, reliving for a moment their younger selves before mortgages and babies. i was deeply moved myself, because it was a special time out of which came a lot of things [not just mortgages and babies]. my movies catch some of the vibe [though i wanted to get more of the smiley graphics :-) ]

very envious. i saw middleton and pritchard as the jedi knights in vancouver bc a long time ago.. they had fantastic sets, and also ran amongst the crowd handing out pez and other candy bits. so much damn fun.

and speaking of raving...
http://download.streampower.be/vrt/stubru/41_od_080727_roberthood-hi.mp3
past and present, future too.. wonderful techno mix from a godfather.