i'm having a couple of days off work ill, or exhausted - not sure which. this gives me the chance to finish uploading the norway photos from 2004. on the hard drive it doesn't look like too many, but in my photostream it's pages and pages. but some of these are among the best photos i've ever taken. i can start making a 'best shots' collection now.

in selfridges, the aptly-named ego laptop:

which comes in a variety of couture finishes - this one has a diamond logo:

looks a bit like the grace logo doesn't it? who'll be the first at grace to buy one? how about our logo in diamonds? would certainly look good running worship off it at greenbelt. maybe we could hire one for the night... 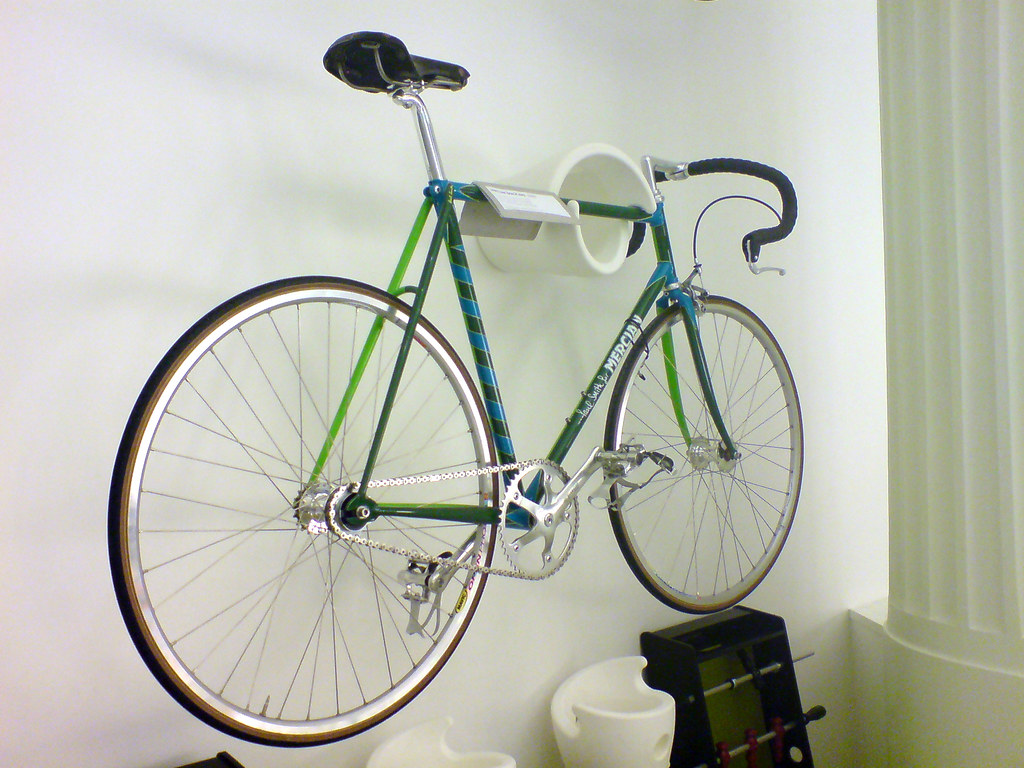 [as a teenager smith was aiming for a professional cycling career until a serious accident ended his hopes. while convalescing he made friends with art students, ended up running a boutique with his fashion-designer girlfriend, who encouraged him to train as a tailor, and the rest is history]

i'm glad it's the bikes and not the laptop that excite your lust.

That laptop really reminds me of the old clamshell ibooks... and if anyone had one of those you know how much a pain it was to carry around.

i guess if you can afford one of these you have someone else to carry it around for you.

if you want to purchase a vacant domain name, domain direct very helpfully generate a list of similar names that you might also like. i tried this with the old grace slogan freshvitalworship. it produced a list of about 100 names, including:

so if you're looking for a new emerging church domain...

couple of videos of 'shibboleth' at tate modern:

it's behaviourally interesting as much as anything, as so often with turbine hall installations. the insides of the crack look too fake for my liking, but it's amusing enough. you could lose a phone down there - presumably they have a way of cleaning stuff out, or maybe not - time will tell. adam suggested scattering LED toys that would twinkle in the depths. how about flyers? love notes? prayers? use the crack as a labyrinth path?

No one's taken up my idea of using it as a wishing well - I chucked a pound coin in.

Also - no-one seems to have picked up on the inherent humour of the use of the word "crack" with all its possibilities of innuendo.

How was it done? I can't find any info on the installation process itself....

Its funny how many people have asked me that.

It seems that people can't live with the mystery... Would you like me to tell you? You'll spoil the illusion for everyone else.

Some people prefer to be amazed, whilst others want to know how it was done.

If you go and see it, you'll be able to work out how it was done.

i could tell daniel, but i can't now after that answer...

called in at the the howies shop today and had to buy this t-shirt: 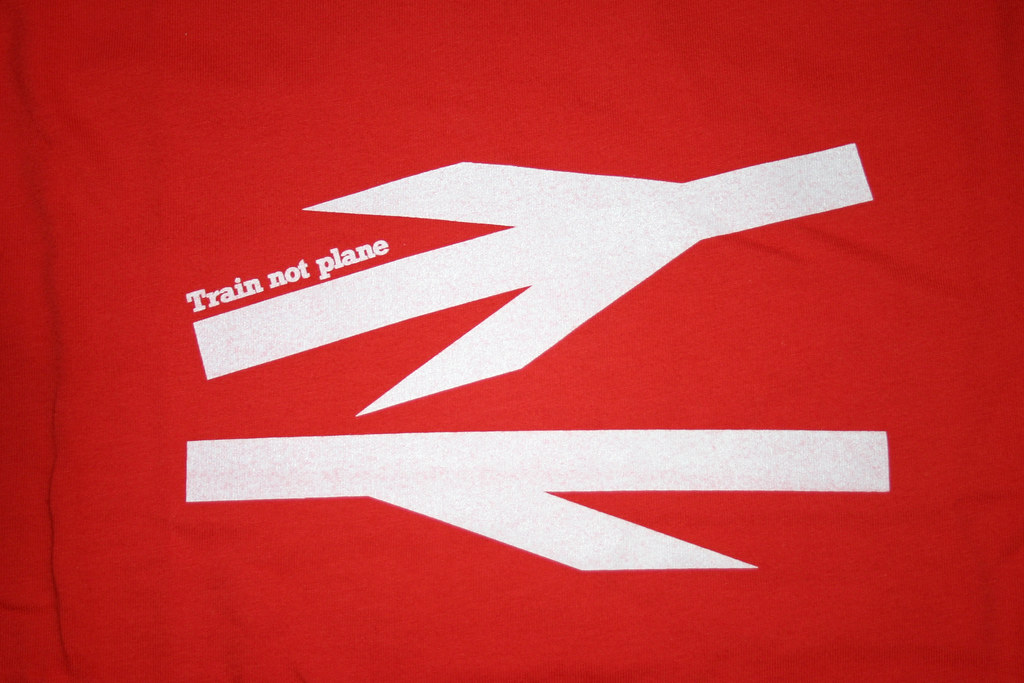 they also have the wattson by diy kyoto. i saw this when it was launched at a design show in 2005 and meant to blog it then. the original version cost £300 because it was made in south london out of recycled wood - lovely but too expensive - i said, if you can do this cheaper you might sell a lot. and they now do an all-plastic version at £150, although that's still a lot for a gadget that tells you how much money you've spent! you can get the wood version if you must, though it's bamboo now not a school floor.

and then i went round the corner and found the do shop, which is selling stuff for the home by young design graduates. good stuff from very cheap to very expensive - some of it's been in the design magazines. i had to buy this cushion - i expect you can see why:

maybe all my website designs could be made into cushions. maybe i should've been a cushion designer.

incidentally, i never intended to buy anything at all today.

Unlikely phrase of the day award goes to "maybe i should've been a cushion designer."

Thanks for getting to see wattson. just a few minor clarifications. the wooden one is our hand made limited edition. we are making them in our studio. we used to use wood from old school benches but now have a sustainable bamboo resource. the price is £350

in regards to wattson 01 at the price of £150 you do get the software for free, with which you can upload your data consumption, view data over a period of time and connect to our online community on which you can start competition against other wattsowners.

i think it must be pretty cool to have designed a website that has so many merchantable features - very nice cushion cover indeed(but obviously not as nice as it looks on your blog right ?!)

so having got back from moscow friday night and stuck my photos on flickr, i slept in saturday morning then went to wales with naz to be part of paul wainwright's stag weekend. the rest had gone friday night to brecon and did outdoor activities on saturday. we arrived 5.30pm at saturday night's hostel, which as you can see is a very beautiful place. when the others returned we went to a comedy club at cardiff bay, which turned out to be an hour and a half's drive away. one car had satnav which took us on the country route across the national park - the other car had human nav and took the A roads. satnav won by half an hour. after the club we had a curry at midnight [below], then the long drive back - this time everyone following the satnav route.

most people were supposed to be up at 8am to go paintballing, but they were too tired from the outdoor activities and overslept. me and matt had work-related reasons for tiredness so had opted out of the paintball anyway. when the others left [several hours late] we went to the reservoir, then to the village, walked along the canal and through the fields, and caught the start of the rugby [south africa vs fiji] in the village pub with a cup of tea. however, we knew the paintball centre was an hour's drive away near cardiff so we couldn't stay for lunch - there would be a barbecue there so the plan was to meet the others at the end of their game, eat, and go home. by the time we got there the food had finished, so when we finally tore ourselves away there was nothing for it but to eat at the next motorway services [who had mostly run out of food]. after seeing people's paintball injuries i was glad i didn't bother - paul got a nasty neck wound that needed a dressing. but he said he didn't mind. got home 9ish after dropping people off at paul's on the way.

certainly wouldn't mind going back to that part of the country - i'd never been before - matt found another good place to stay between the pub and the canal, so something may be arranged.

the photographic story that emerged this time was mostly about capitalist neon. in the same vein, the golden apple 'boutique hotel' where we stayed is rather pretentious - check the zip-and-thong curtains in my room!

which reminded me to put the howies wardrobes photos onto flickr - now that there are no photos on smallritual.org i have to put all the old stuff on flickr to repair the blog archive links.

in moscow tomorrow until friday.