for the second year gloucester 'fresh expression' feig held an event/party in gloucester cathedral the night before greenbelt. i couldn't make it last year because of work commitments, but the word was so good i was determined to go this year. plus i knew that the cathedral [one of my favourites] would be beautiful. and indeed the event was gorgeous. there will be movies of the labyrinth too, but i'm now at greenbelt and can't get the time/bandwidth.

this is my idea of how church should be - a party in a beautiful building. certainly it's how cathedrals should be used. these are places where one is normally a tourist among the crowds, or consciously on one's best behaviour. so to wander, wine in hand, through illuminated cloisters and arches with laughing friends and running children is heavenly.

see also here and here for more of this notion.

Thanks for sharing - I was at the Baroque party with Jonny and it is a truly amazing spiritual experience to see such beautiful architecture come to life. Can't wait for the movies. 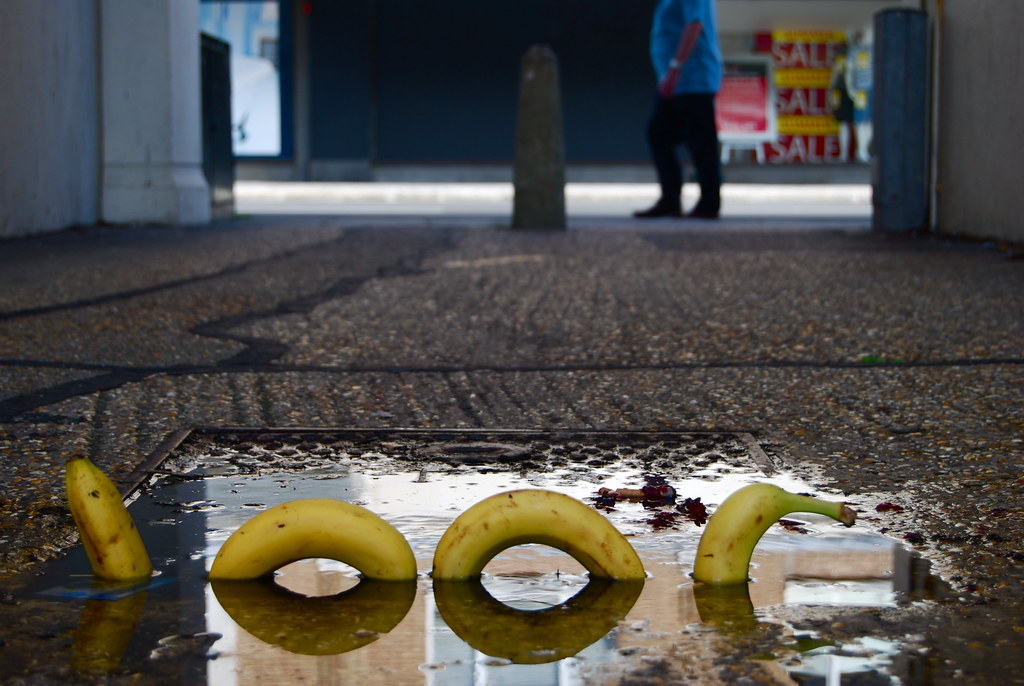 check out this street art project using fruit - from the ever-inventive my dog sighs and his friends.

50 today. no cards because there's a postal strike in london today - there's about one a week at the moment, i don't know why. i spent over 6 hours on site in a meeting, or series of meetings rolled together, until the security guard on the building chucked us all out. it was too late to go back to the office, so i went to st pauls tube station to go home. i always seem to end up working late on my birthday due to some project crisis - i think it just reflects the timing of building projects which happen in the summer. it's always frantic in the run up to christmas, too, but that is usually design or drawing work that has to be closed out by christmas so that a new phase can begin in january [to go on site in spring, to hit crises in august, etc etc].

so i never have time or energy in august to fix up birthday celebrations. i know it's going to be derailed by work.

good on ya, and blessings. 50 is hard to believe, would never have guessed it unless you had mentioned it.. something to be said for excessive amounts of loud electronic music :D

happy birthday... will be at greenbelt, can i buy you a beer?

Steve - next year I will be more flush and will treat you to a beer. The older I get, the younger I feel (and some would say act). I think that's a good thing - my idol in this regard is Mike Yaconelli.

rebecca had tipped us off that she was singing in a choral piece at 'late at the tate' on friday, and that the 'music' was more like a set of instructions. but the results were rather beautiful:

the instructions in the performers' hands tell them to sing a word or short phrase a given number of times on one note, then the next phrase on a different note that is already being sung by someone else - that is why they move about between phrases, to listen for another note. The entire piece lasts for at least a quarter of an hour - in fact the length and the sound will vary with each performance. i wonder if we could try something similar with a congregation, instead of the usual hymns. the issue would be dealing with those who can't hold a note... 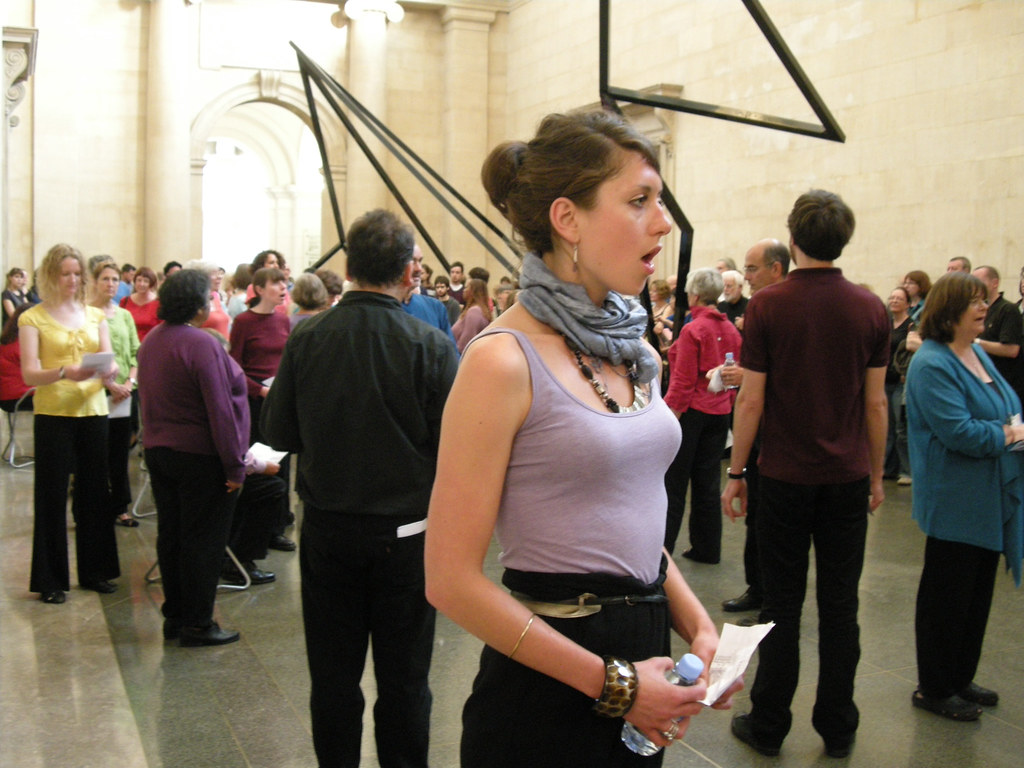 [rebecca's in the maroon top, left background, hair tied back]

sounds beautiful! i was amused that the beret-at-art-gallery stereotype had been fulfilled in the first 5 seconds, perhaps this individual is merely an employee of the tate, to fulfill international art gallery requirements for snootiness.. ;)