spent saturday evening in antony gormley's exhibition blind light at the hayward. photos here and vids below - on my phone of course though i would have loved to photograph it properly. bear in mind i was keeping out of sight of the attendants.

first up is 'allotment II' - concrete cases derived from the bodily measurements of named individuals of a community in sweden. i held the phone in portrait format, and can't find a way of turning the thing upright - you'll have to turn your head or the screen.

second is my experience inside 'blind light' itself - a glass chamber filled with dense fog, brightly lit, so that the visibility is almost zero. the camera has averaged the brightness, the grey fog should really be bright white like a white computer screen. i could see far less than the camera - the people were never that visible to me - but this may have been my glasses!

i enjoyed the exhibition, but my enjoyment feels at odds with gormley's intentions. it's fun being lost in a maze of friendly concrete robots. it's fun groping about in the fog, and watching other people doing the same. space station is metal lego or a transformer. the matrices [no pictures possible] are clever and pretty and float about like astronauts. but fun or humour are never acknowledged in gormley's explanations. faced with 'mothers pride', most of us laugh and think "he ate his shape out of sliced bread!'. but the explanation is about survival of nuclear war. 'drawn' is apparently about spatial uncertainty, but most of us are thinking 'these figures are propped up on their willies!" does gormley feel that acknowledging its humour [as hirst would do] would undermine his work?

gormley's work is about the human body in space, to the point of monomania - it was disappointing to find that space station resolves itself into - you've guessed it - a giant body. the body casts are the least interesting works here. these are casts of gormley's own body, and he has a curiously generic body. it has no obvious disproportions - no fat arse or skinny legs. for a man in his fifties he is in good shape, and yet he is also not visibly toned. i wonder how middle-aged spread would have affected his art - a pot belly on those casts would certainly take them from abstract human to particular human. maybe gormley would not have used his body, or continued to use it, if it had 'characteristics'. maybe he wouldn't be happy exposing himself in that way. as it is, his self-exposure is curiously anonymous.

don't go to a furniture industry party. don't get pissed. don't get kissed. if the photos are blurred, that's appropriate. 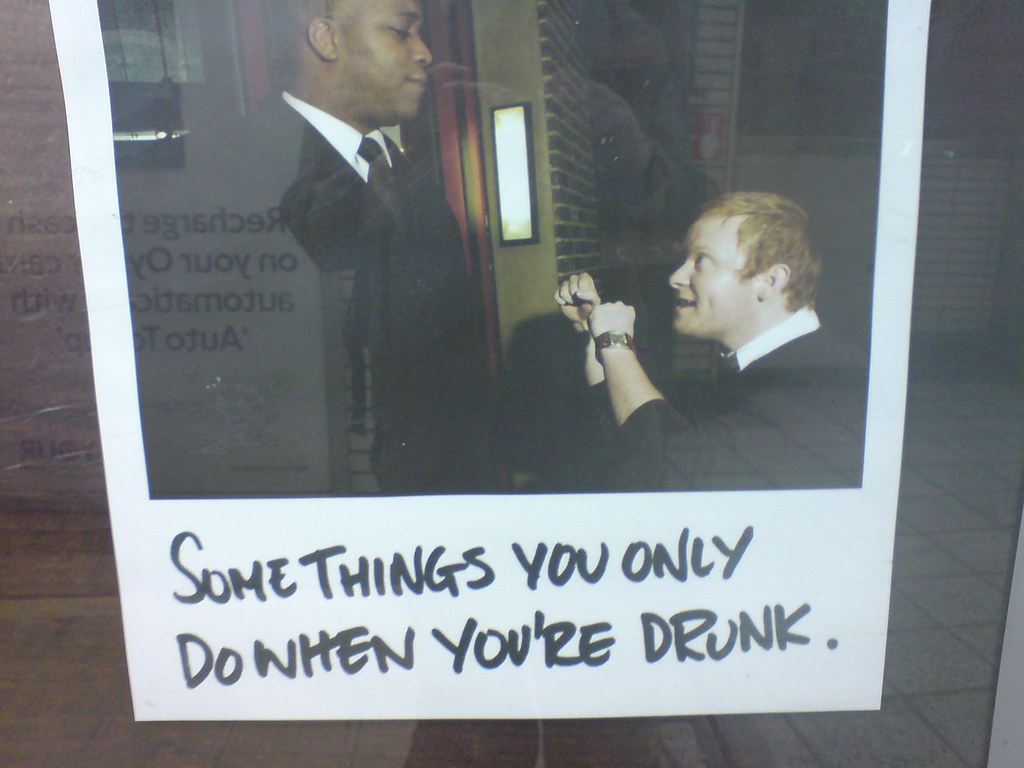 When is "Don't get kissed" EVER good advice??

i was just going back through my photos adding a few names. found one of millar that i hadn't put up.

i enjoyed the whole thing very much. london now is very different to 20 or 30 years ago, they know how to make big events work in the centre of town. trafalgar square, the mall, the royal parks, westminster and hyde park form a series of interconnecting spaces that can handle huge crowds, multiple stages, race routes, big screens, rock concerts, sporting events, all with appropriate tourist-picture backdrops. they don't have to close many major roads, there's plenty of tube stations, crowds can melt away in all directions afterwards. it seems easy and natural now, where 20 years ago it was a big heave just to do something in hyde park. i guess they've had practice, especially since the millennium. and now the mayor intends to show off how well london will handle the olympics.

considering recent terrorist activities the security seemed very light, or perhaps just unobtrusive. you could get surprisingly close to the starting gate, and to the team areas as my photos show - and the finish seemed more blocked off by grandstands and the media than security. and of course it's all free - including the programmes. hope it's not too long before the tour returns.

my photoset here on flickr. this is the prologue - i can't make today's stage 1 start because i'm going to a baptism.

this was a testing thing to photograph. all my technique has been directed towards things happening slowly in darkness, and here is the opposite. even the camera reaction time comes into play, never mind mine. there were a lot of shots where the rider had already moved out of frame by the time the shutter clicked. i used the warm-up stages when riders were just trying out the circuit to practise my technique, and it was kind of ok in the end. once the time-trial started i went over to look at the finish in the mall, and at the team areas in st. james' park. the bikes are wonderful, much nicer than anything you or i are likely to have. once wiggins had warmed up and headed for the start i went back to the finish to try and see what happened. the worst organisational mistake, i think, was putting the winners' podium in a place where ordinary punters couldn't see it - hence the scramble against the fence in the photo [taken with camera above my head]. the actual yellow jersey photo has the winner's head cut off because i couldn't see where i was aiming.

all the time i was taking photographs i was thinking, i have to do this to make daniel jealous ;)

which could. i guess, be a new genre.

the first is a 15-minute journey from the apartment into central moscow on tuesday evening to view the new office behind the TASS building - you'll recognise where i took photographs. the route takes us across the river, past the kremlin, down novy arbat and the casinos from the january movie, and through 18th and 19th century streets past churches and mansions. the beginning is a little frustrating, we got stuck in traffic on the bridge - it's hard to keep a video interesting when stuck in traffic, but i didn't want to break it. the taxi radio soundtrack makes up for it. taxi radio is so much part of the distinctive atmosphere of a city, for travellers - the local sound.

the second video is part of the journey to the airport through the suburbs. you'll recognise some of the places i took photos in march. i made the mistake of having a window open - the phone picks up the rumble of wind rather than the radio. it's strange that the human ear works the other way round - we hear the music and not the wind. is this how the ear works or is it how the brain processes? the wind rumble spoiled another video clip, in which the taxi radio played 'boogie wonderland' as we drove past the statue of lenin. it's almost worth restaging.

by the way i've kept the videos small because they look better sharper. enlarging them seems to lose more than it gains.