in creative review this month, this photo by me of the paolozzi mosaics at tottenham court road tube station. it's nice that they chose the one of laika. nic [who got me into looking for appearances of laika] would have smiled. 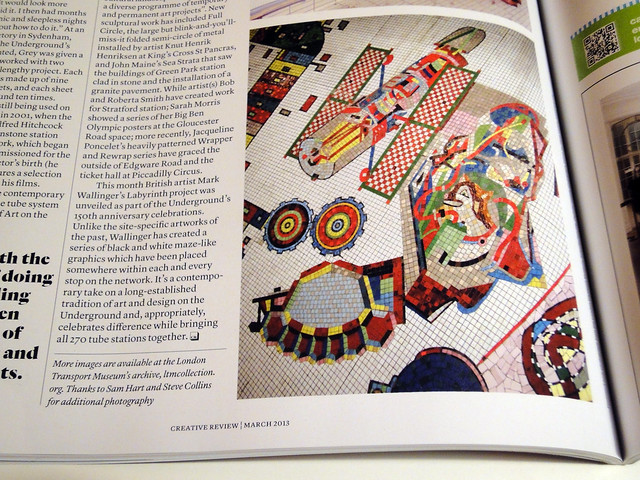 my current project has to do with the interiors of the scottish widows building in edinburgh. photos of the outside, of course i don't publish photos of the insides [except for small uninformative details]. the building is a late work by the edinburgh practice of sir basil spence, spence glover & ferguson although it's not clear how much involvement spence himself had in it. regardless, it won an RIBA award in 1977 and is listed.

the hexagonal geometry was inspired by the basalt columns of the salisbury crags behind it, and the stepped outline of the building echoes the crags so precisely that i wonder if the architect stood across the road from the site and drew the profile to fit the landscape, and worked the rest out from there. 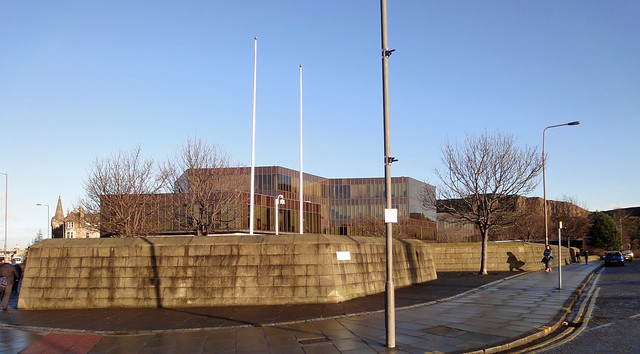 spreading stacks of octagons or hexagons are a cliche of 1970s office architecture, but here they fit beautifully into the landscape. from within the continuous glass walls give the occupants some of the best views in edinburgh. 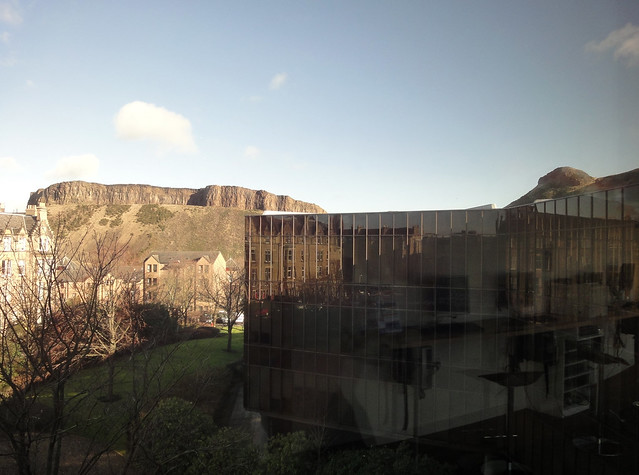 the gardens of the building itself are something special too, including a large multistorey car park almost lost under woodland. it's a pleasure to work on a generous and stylish building, and of course edinburgh itself is a pleasure and makes me happy to be there.

i had an episodic dream last night which shifted between alternate versions of the present - not wildly different in science fiction fashion, just different. i can only remember the last section [kind of] clearly. i got on a crowded train in a city centre and got off somewhere rural. the train had been futuristic and shiny, but surprisingly worn and utilitarian on the inside, and as it drove away i could see it was now battered and old-fashioned on the outside too. we had shifted into another timeline. i took my luggage into the small historic town.

we went for a meal in the community canteen, which was perfectly bright and comfortable with good mainstream food, like a department store cafe. the editor's letter of a magazine revealed to us how the history of this place had diverged from ours in the early 1970s, into a social-democratic swedish-style future, very high levels of state control, comfortable and attractive but without dynamism or initiative. no poverty, no luxury. by some strange means disabled and street people were turned into sofas, where they were happier**.

this is, in effect, the future that was envisaged in the 70s, without any thought of neoliberalism. in the architects journal silver jubilee issue of 1977, a great range of contributors were asked to predict the course of society over the next 25 years to the golden jubilee of 2002. some were optimistic, some were dystopian, but none - absolutely none - foresaw neoliberalism, even though thatcher was already prime minister in waiting, and the ideas had been around for years. 1977 was the high water mark of state control in britain, more than half the economy in state hands, and it was universally assumed that this would extend ever further, for good or ill. 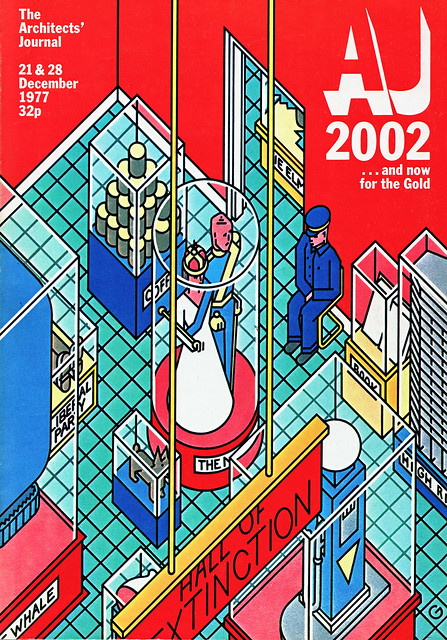 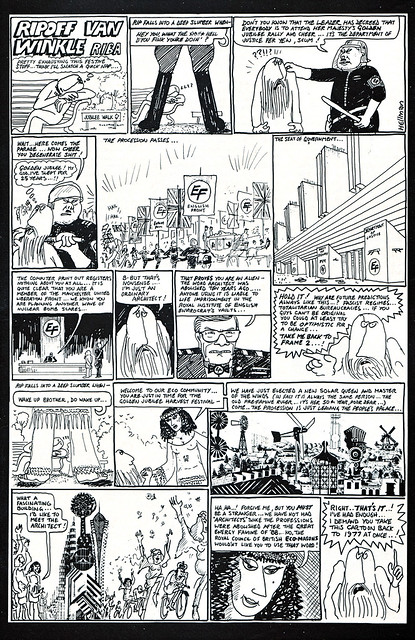 all this is a reminder that an unexpected future may be right on the doorstep, and we cannot see it. it is a reminder that imminent paradigm shifts may not be visible to the most perspicacious of commentators, and that they can happen quite quickly given the political will. this is a gospel of hope as well as despair. other arrangements are possible, if we wish it, if we can imagine the alternative clearly enough to act.

at the moment, in britain, it feels like we are stuck with fixers and restorers of the old order, world without end amen, as happened in the 70s. we are waiting for another thatcher - someone with the vision, certainty, force of will and political ability to impose her new paradigm in the face of great opposition from the experts of the current order. every change has its winners and losers. my bizarre dream allowed me to feel the difference between where we are and where we could have been*. i'm not sure which i preferred.

*the neoliberal present had dynamism and drama, luxury and excellence - at a cost of poverty and inequality. the socialistic present was pleasant and equal, but there was no possibility of entrepreneurial or individual initiative. it was also technologically about 25 years behind. by which i mean our sort of technology, the fruits of enterprise and consumerism. possibly they had better big technology - greener power generation, a base on the moon, nuclear fusion etc.