2010: living in the future is a children's book from 1972 that survived until the year of its title. its owner daniel sinker put it on tumblr last year for general amusement. i meant to blog it but never got round to it. better late than never. you probably saw it already. some of the predictions are almost correct. some are hilariously adrift.

'In the year 2010 everyone wears a jumpsuit and shoes. The clothes may look odd, but they are sensible. The jumpsuits and shoes are made in thousands of colors, from a material so light you can hardly feel it. The material keeps you warm when it is cold and cool when it is hot.'

Fascinating bit of literature! Thanks for showing this...

It's actually incredibly surprising how close the book is to reality, as opposed to so many other attempts to represent the future (1984, 2001, Back to the Future :) ) - and the only thing that prevent some the things represented in the book are more about people's habits, patterns and willingness, rather than any technological barriers...

Also interesting to see the take on environmentalism. Very superficial and more about the visible, tangible. So air pollution and overcrowding it gets - carbon footprints and unnecessary use of resources (grinding up cutlery after each meal???) it doesn't.

at the time pollution and overpopulation were the big environmental concerns - the carbon stuff hadn't been thought about yet and the oil crises hadn't happened to remind people of finite resources. the same concerns and oversights are found in serious books of the period too.

best bit.. 'dial'. analog and analogous. like all pre digital-display scifi. if only they could see e-ink or OLED. 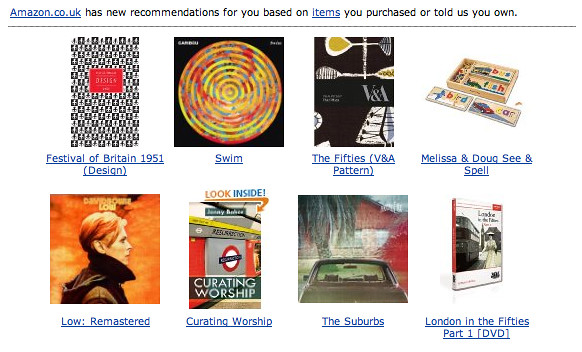 It's got a *great* cover picture!

it finally arrived after what seems like ages but is only about a month. 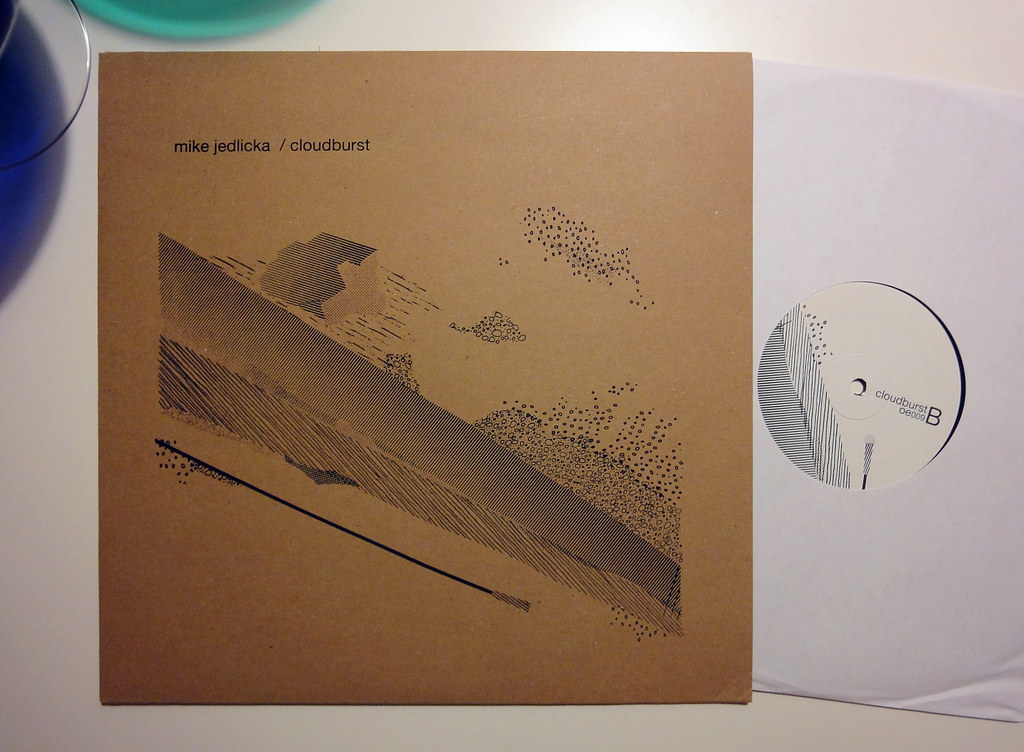 the cover is abstracted from the photo i took of cloudburst recording a passing freight train in seattle: 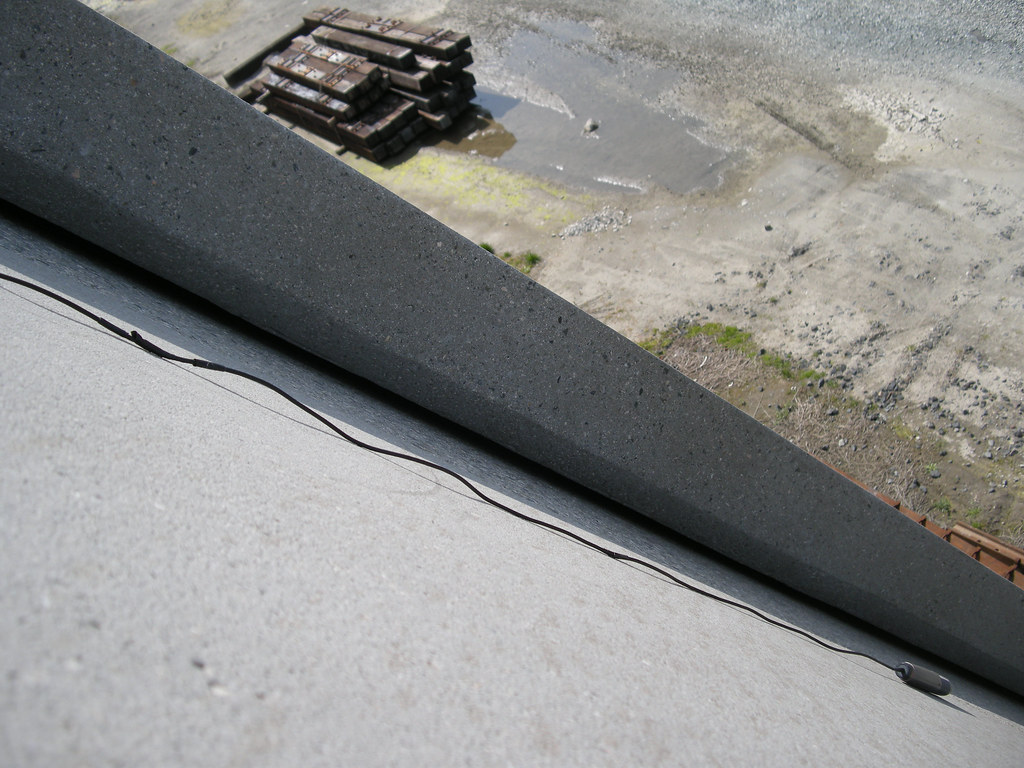 that recording is now the basis of his tracks on the EP. side A has a track by mike jedlicka and his remix of cloudburst's track. side B has cloudburst's track and his remix of mike's. all the tracks are the kind of saturated ambient best listened to loud. the sound builds up to intense ringing crescendos and dies away to crackle. mike jedlicka's tracks feature an operatic soprano and a bass played with a bow. it's all good. 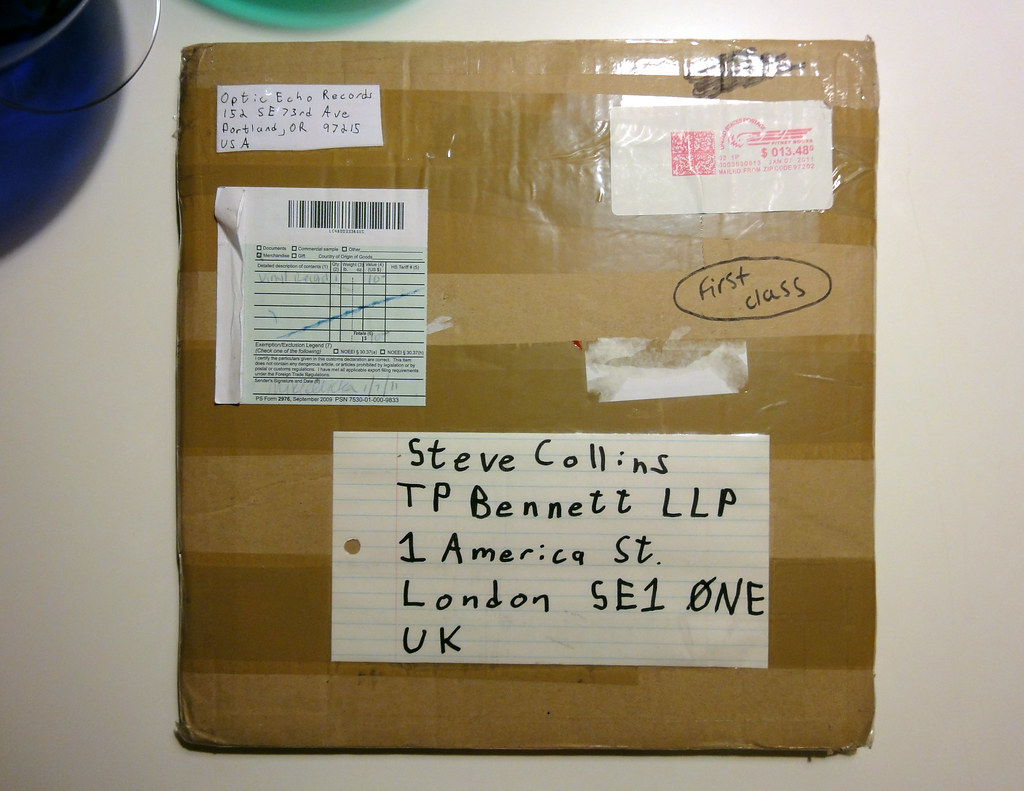 how comic sans should have been. they should get this guy to replace the letters in comic sans one at a time so that nobody notices, but after two years it's turned into a cool font.

Thanks, that's my handwriting :) Glad you enjoyed the album!!

a couple of great movies showing cutting edge technology in early 70s swinging britain [and france]. the hovercraft in the first movie have gone, but the cctv in the second is ever more with us. the controller seems to be using it to spy on girls.

note the british rail branding on the ferry and hovercraft - oh for the days of integrated transport systems.

this one features the newly opened automated victoria line. note that the driver doesn't actually drive the train.

i like this story because it's pure science fiction. a swarm of satellites in low orbit networking video phones. a 60s fantasy come true, and we take it for granted.

becky garrison's memoir 'jesus died for this?' was another great read of 2010.

the book follows becky's journeys through the sites and sounds of christendom over the last few years, recording her incredulous observations and amused insights into the failures and foibles of big-time churchianity, while also pointing to the small shoots of a more human/humane church life that spring up in various less-regarded quarters.

as a satirist becky is noted for applying the whip to others, but here she doesn't spare herself either. for me the key chapters are those that recount her own painful family background. she bares the roots of her own conflicted personality, and her scepticism born of her father's embarrassing journey through establishment and countercultural forms of church. she's seen it all before, from the wrong end, and carries the scars.

'jesus died for this?' is by turns warm, funny and horrifying, and always hard to put down.

Thanks for being a part of the journey - appreciate your kindness and insights along the way.

i've really enjoyed reading 'curating worship' [jonny baker, spck]. as an overview of the whole subject it's currently unrivalled, and the book is filled with ideas and perspectives that give much food for thought. it's not a how-to manual - it's about the whys - what curation means in terms of community and theology, and in relation to theories and practices of art curation which may help or hinder us. curation is an exercise of power as much as more traditional forms of leadership, and many of the interviewees offer cautions among the tales of encouragement, and advice from experience about the pitfalls. essential reading for anybody who's already curating worship, or is thinking of taking this route, or would like to find an alternative model of leadership.

BTW-The book is coming to the US in 2011 thanks to Church Publishing. Dang it was hard to convince the US folks to carry UK books but glad my being stubborn here paid off.

i know, it still has one of my photos [a different one] on the cover! it deserves to be read widely.

thanks for the review steve - glad you enjoyed it